It was a sunny August afternoon when my plane landed at the Aerodrom Nikola Tesla Beograd.

I’d been waiting for this day for years, and was finally going to experience the Eternal Derby of Belgrade!

Most of my friends were still on their summer holidays, and traveling alone to such an intense derby didn’t sound like a good idea.

So after some research, I found the perfect solution: Homefans!

I landed in Belgrade and met with our host Ivan, Luke from Homefans, and my group for the weekend.

It was a great bunch of guys who all loved the beautiful game. We all supported a different club but had something in common from the moment we arrived – ticking this derby off our bucket list!

We didn’t waste any time getting started, and Ivan explained that fan culture in Serbia is more than just football.

You’re not just a fan of Red Star or Partizan’s football team but of the club as a whole. It’s an everyday passion and it includes other sports like basketball and volleyball too.

Once we arrived at the hotel, we ordered some dinner and the first ‘Pivos’ of the weekend before visiting the city centre.

We’d all seen and heard a lot of stories about ‘The Balkans’ and Serbia in the media, but it was the complete opposite. Belgrade is a brilliant and safe city to visit.

In the evening, Ivan shared some of his stories about the Derby to get us even more excited about what was coming.

It was a great start to the trip, and the best was yet to come.

First we visited Red Star’s famous Marakana stadium with Ivan and had an exclusive tour to learn Red Star’s history.

The graffiti around the stadium was one of the most amazing things I’ve ever seen – with most of it created by the club’s Delije ultras. After the tour of Marakana, Ivan told us he’d also organised a tour of Partizan’s stadium – which is just 500 meters away from Red Star’s.

The next day, 7000 Partizan fans would be walking in the opposite direction. And if that doesn’t get your blood pumping, nothing will!

Ivan got the keys from the club and we were allowed to discover this old school football temple for ourselves.

It was an amazing opportunity to see behind the scenes, and Ivan’s stories made it even more interesting and exciting.

In the evening we headed to a Serbian restaurant and started drinking the local drink, Rakija. I told Ivan I could challenge him, so my nickname for the rest of my weekend was Rakijaboy! After dinner we explored Belgrade’s amazing nightlife and started to get seriously excited for the Derby.

On Sunday it was matchday. FK Crvena Zvezda vs FK Partizan. Red vs Black. Delije vs Grobari. This is why we were here!

Before the match, we went to Ivan’s place and you could already feel the intense and intimidating atmosphere all over the city.

The police were literally everywhere. And before the match we witnessed 7.000 Partizan marching from their stadium to Red Star.

They were guided by an army of police to the stadium – and there was a ridiculous amount of noise, drums and pyro. Seeing it first hand was simply unbelievable.

When we entered the stadium, the atmosphere grew and all hell broke loose when the Partizan goalkeeper (formerly of Red Star) entered the field.

Red Star’s Delije were very vocal and started making a LOT of noise after kickoff. On the other side, the Partizan fans stayed absolutely silent.

Ivan told us a member of Grobari (the Partizan ultras) had recently passed away after a clash with Delije. This guy was just 18 years old, so Grobari remained silent for the first 18 minutes of the match.

After 18 minutes, the Grobari unveiled a big banner with a photo of Demir Jukic, the guy who passed away. They then started to make a huge amount of noise and it was one of the most impressive things I’ve seen in a stadium.

The atmosphere exploded as both groups tried to out-sing the other. What a noise!

“In the second half, the pyro shows started”

After sunset, the pyro show started. Making the stadium look like a warzone.

Delije had two enormous pyro shows with some big smoke bombs. Grobari started to show 18 pyro’s as a tribute to their fallen friend. Both groups kept making a lot of noise. So much noise that we hardly even watched the match on the pitch.

This has got to be Europe’s craziest matchday by some distance. And it’s an incredible experience for anyone who loves exploring a new football culture. After the game, Ivan took us to a traditional Serbian burger restaurant and we finished this weekend on a high.

Everyone agreed: this would not be our last visit to Belgrade.

“This was the first trip I didn’t organize myself”

The trip with Homefans was great. I’ve visited a lot of stadiums across Europe but this was the first time I didn’t organize the trip myself.

The difference with Homefans is they don’t try to get lots of people on their trips, but aim to create special experiences for smaller groups.

This makes you actually experience football the local way in unknown destinations.

Everything was well-organised and I’d like to thank Luke from Homefans and our Serbian friend Ivan for the unforgettable weekend!

This is a guest blog written by our traveler Guido Tijman. Guido joined us for the Eternal Derby in Belgrade.

Check out our Eternal Derby trips 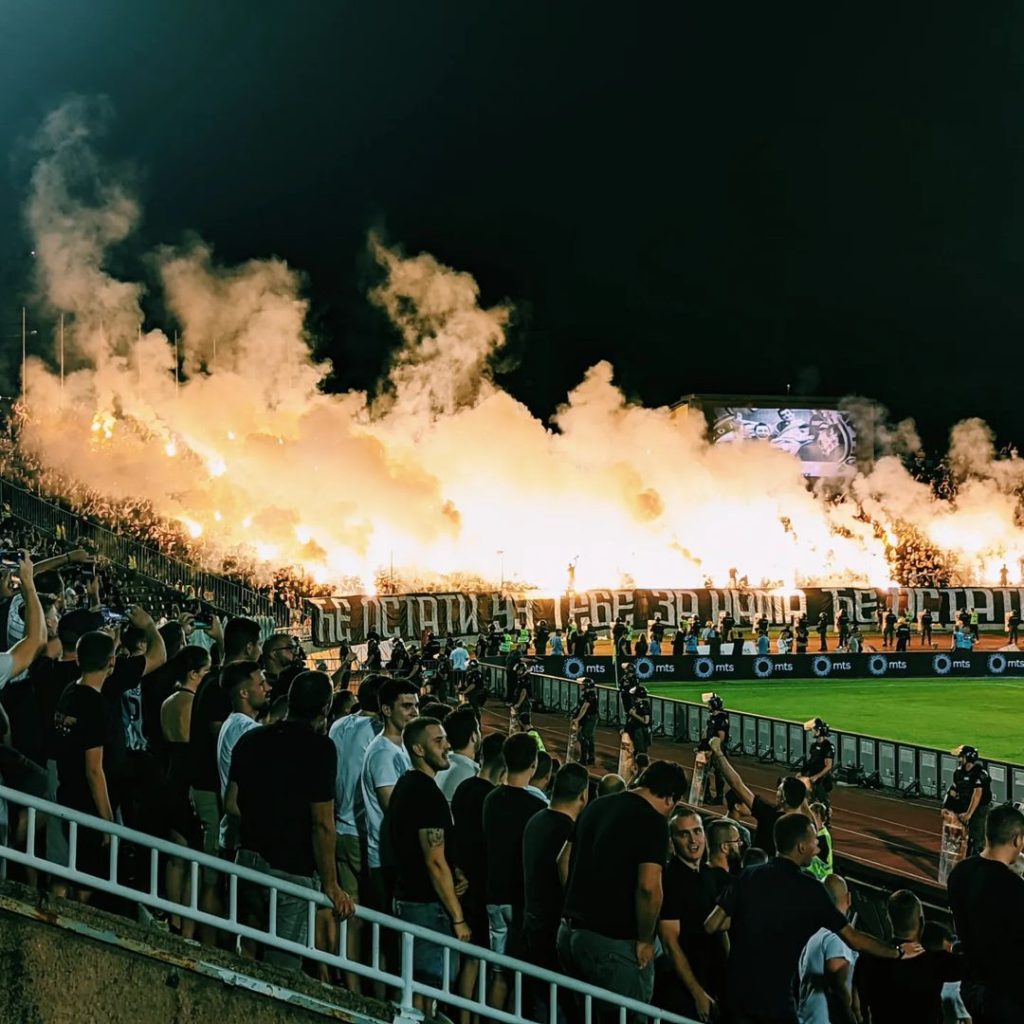 A Brit Abroad, at the Belgrade Derby

I have always been sceptical about organised trips, but Homefans and local host, Andrija, couldn’t do enough. Serbia is a deeply complex nation, often understood and still shrouded in a veil of suspicion, both internally and externally. A land that is perhaps suspicious of visitors at first (they very quickly warm up), having a jovial […]