A Brit Abroad, at the Belgrade Derby

I have always been sceptical about organised trips, but Homefans and local host, Andrija, couldn’t do enough. Serbia is a deeply complex nation, often understood and still shrouded in a veil of suspicion, both internally and externally. A land that is perhaps suspicious of visitors at first (they very quickly warm up), having a jovial guide was priceless. Wednesday is derby day, and what a day it is. It all kicks off with a very informative tour of the Rajko Mitic Stadium, which included walking through the infamous tunnel, as well as climbing what felt like a small mountain in steps in +30 degree heat. 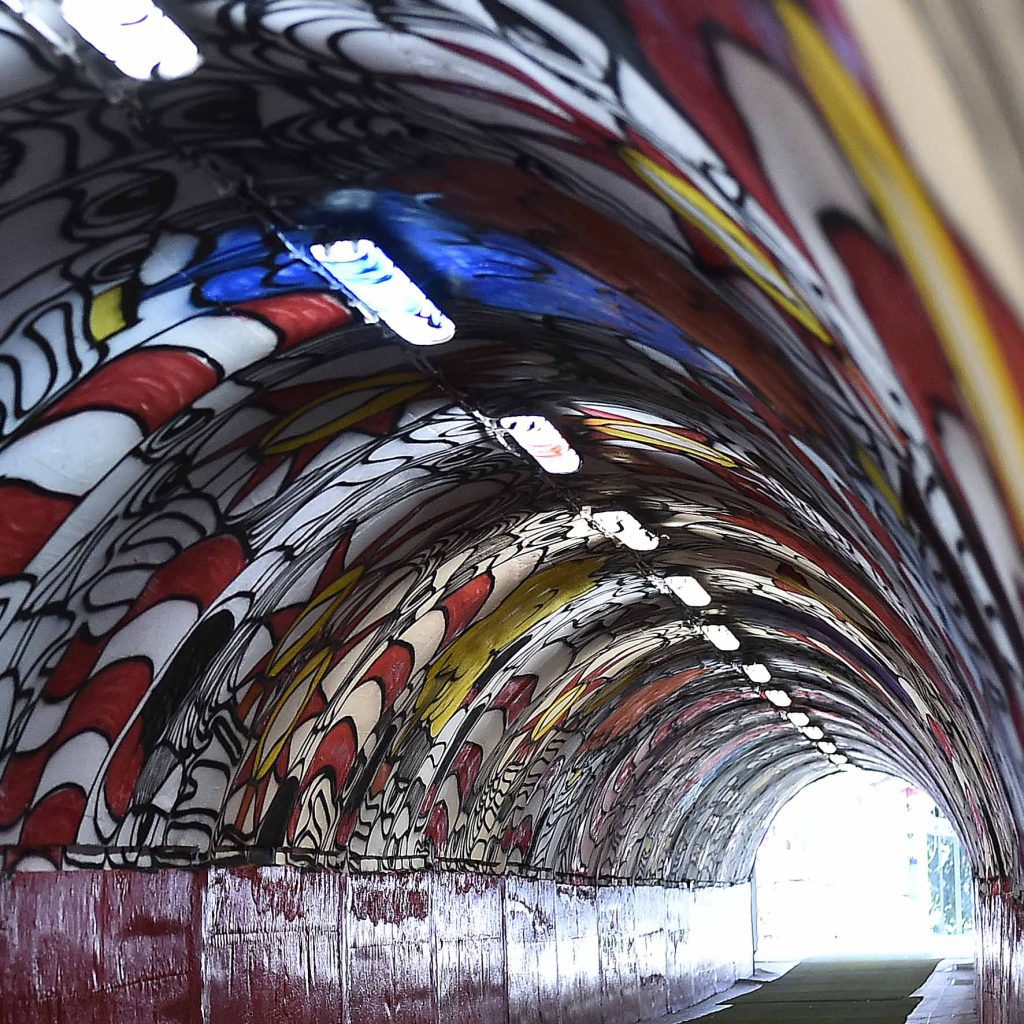 The main reason why we are all here, is for the 168th Eternal Derby – possibly the most intense and explosive, in European football.

Words, pictures, videos cannot do this experience justice. Right from the walk to the stadium, there was a tension in the air, but with an incessant noise of drums and activity. During the warm ups, and decibels already at an ear splitting level, for reasons unbeknownst, Partizans players warmed up in front of the away fans, and vice versa. One comical, but slightly heartbreaking moment came when a group of three Red Star players were going through some stretches, and completely missed a projectile from the Grobari. It landed perfectly next to them, and a second later, a bang, which followed an almost hilarious level of animated startle. The stun bomb did it’s job.

As the game kicked off, the real action was happening in the terraces, as both sets of fans showed up their full pyrotechnic might, often with several flares being launched onto the running track, causing a scramble from the assembled firefighters. The first 15 minutes is all Red Star, and on 26 minutes, the air felt like it was sucked out of the stadium. You could hear a collective grasp from everyone, drums stopped beating, flares stopped fizzing. Golazo! As soon as the ball left Osman Bukaris boot, it was only going one way. The Ghanian had scored a goal that would make Zidane blush. A first time volley, outside the box, in off the post, on an occasion like this. Cue pyro from the Delije. 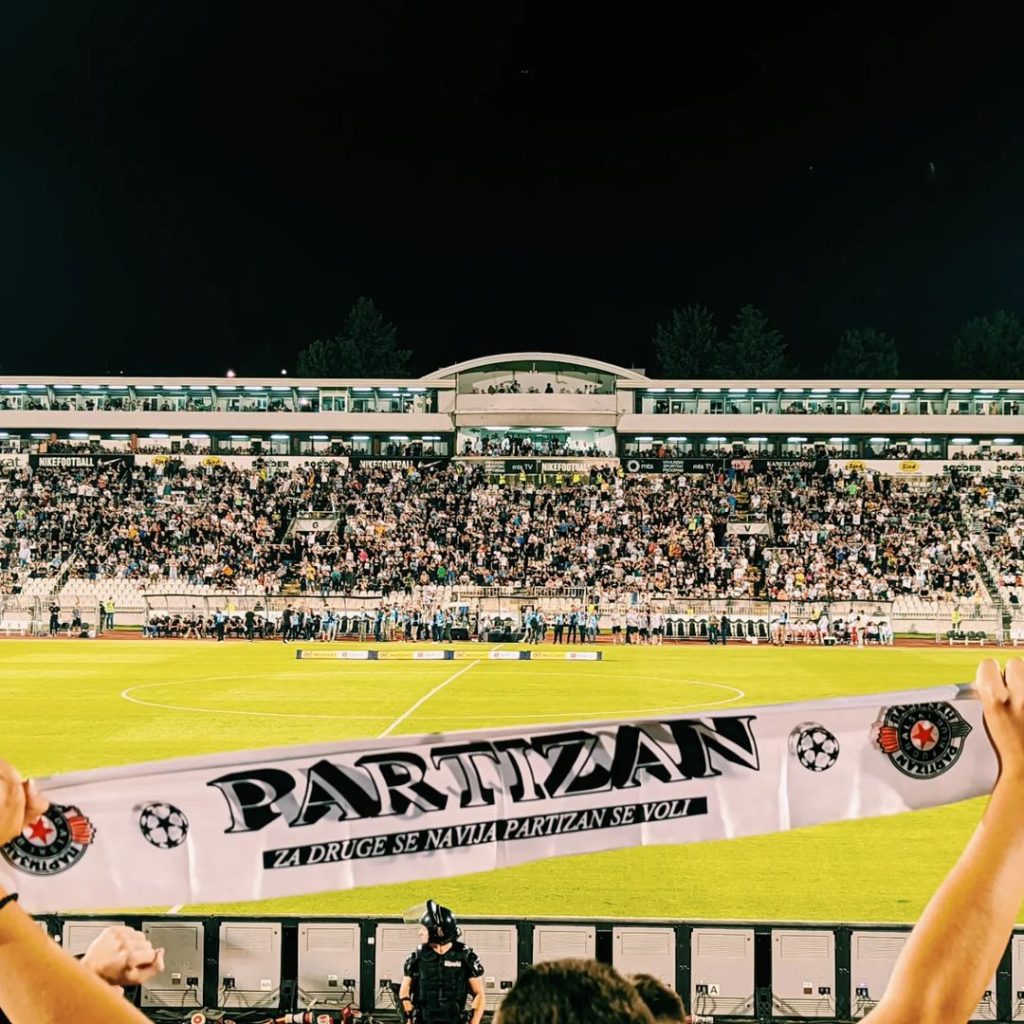 The second half was all Partizan, something was clearly said by their grizzled manager, and they were playing some very neat football, being dragged towards goal by the ever faithful Grobari. Even Serbia isn’t free from the shackles of VAR, and on 56 minutes, the game stops for what feels like an eternity. Penalty check. Tension abound. Given. Bibars Natcho has a chance to level from the spot, shooting towards his home fans. Goal.

Time for Partizan to celebrate. The rest of the game was played out in a back and forth mess, swirling and growling, and eventually finished 1-1, which was probably the fairest, and safest result for Belgrade. Full time allowed the Red Star goalkeeper to sarcastically applaud the Grobari, while the Delije took the opportunity to set fire to some seats, all in a days work! What an experience.

The day after, Andrija, took us back to the scene of such destruction, with an unofficial tour of the stadium – and even a chance meeting with the Partizan manager, Gordan Petric, who was only to happy to stop and chat about the game and his love of pizza. After that, followed a tour of some of Belgrades lesser football lights, including the glorious and historic ground of OFK Beograd, shown around by the great Zdravko Jokic, club secretary, former Yugoslavia player, and UEFA referee. None of this would have been possible with Andrija, and Homefans. Hvala ti! Read the full experience at Gazetta Dello Stadio. 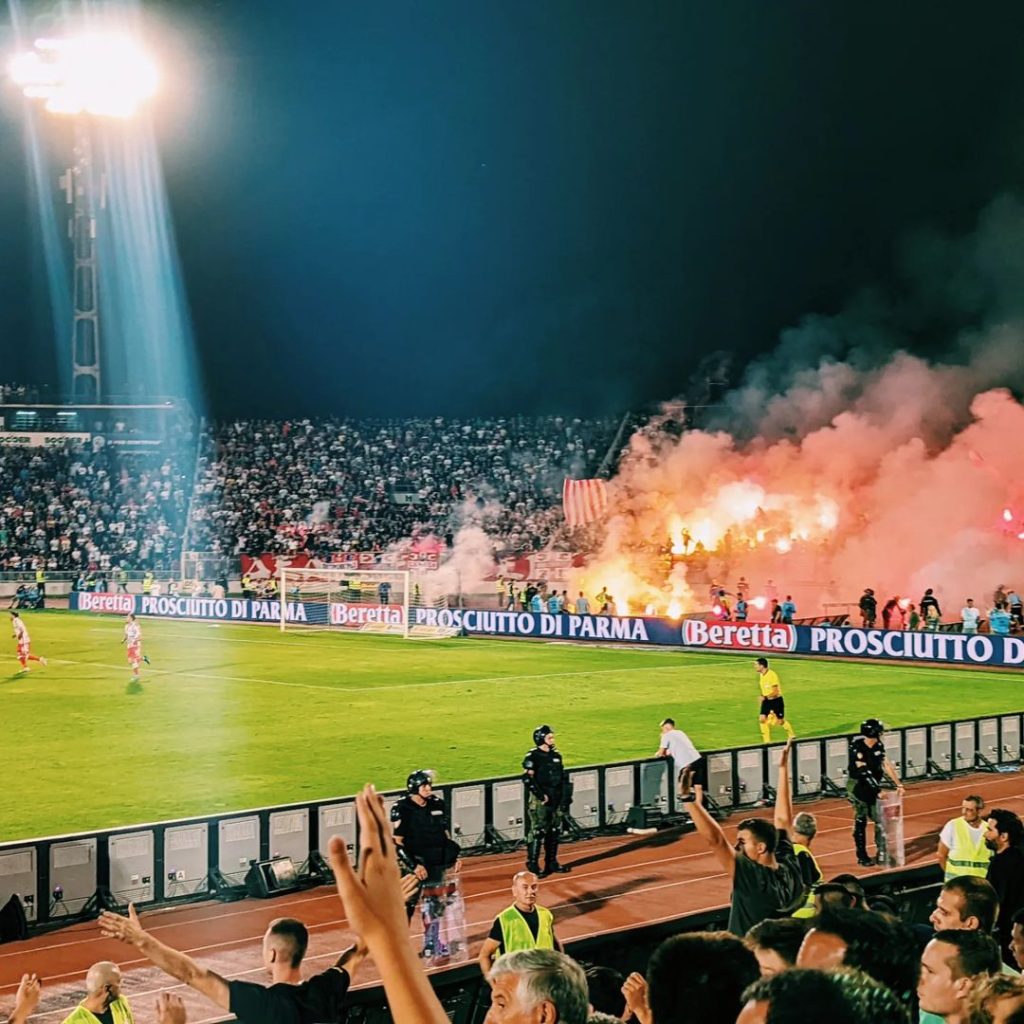