Our guest, Alan, the fortune of being in Medellin for the El Clásico Paisa – having the privilege of spending an amazing afternoon in the company of Homefans and local host, Andres. 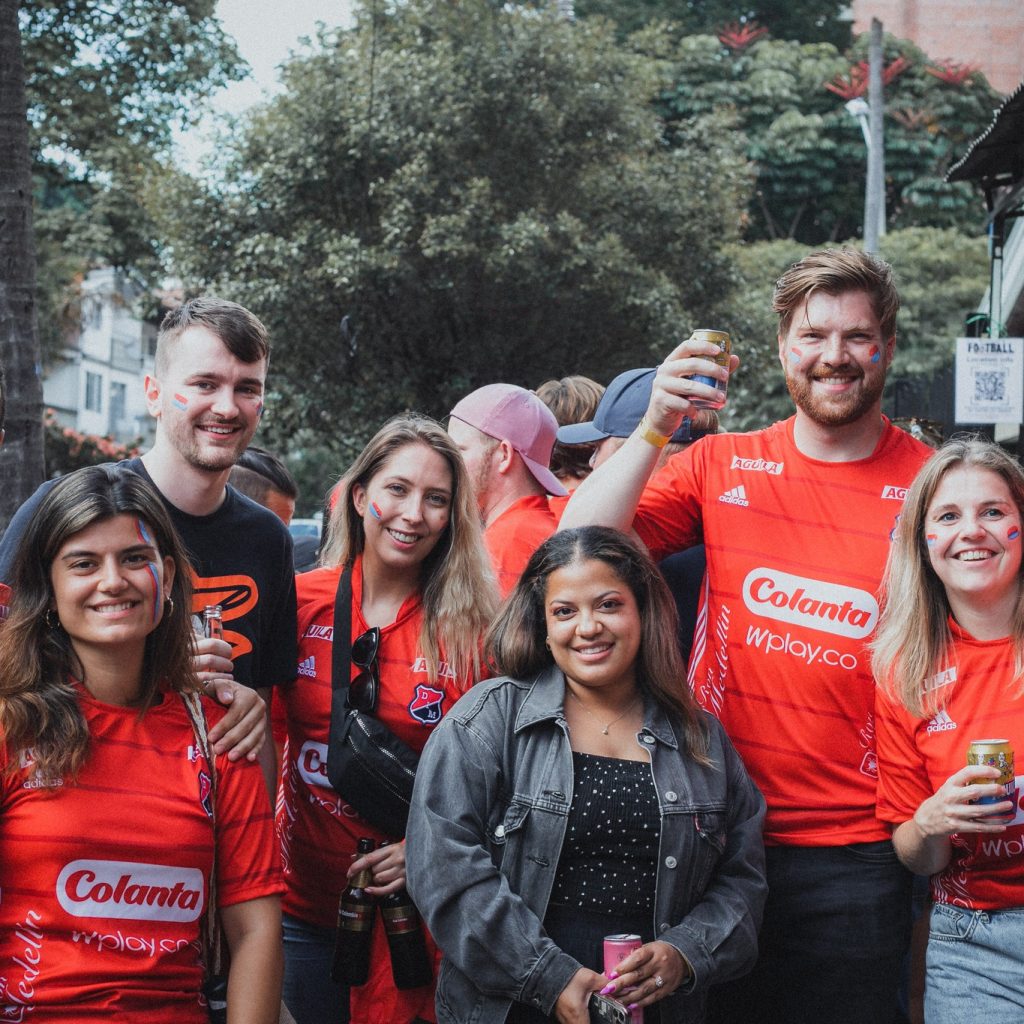 “Excitement started to build early in the day as I wandered around the tourist district. Still quite far from the stadium, I saw locals walking around in their (mainly Nacional) jerseys, with local venders having already taken to the streets to sell team merchandise. However, nothing could prepare me for the fantastic afternoon and evening to come!

For me, football isn’t about the 90 minutes played out on the pitch. It’s about so much more – the rivalry, the history, the pre-game atmosphere and rituals, the atmosphere in the streets and stadium and of course the game itself. This Classico had it all, and thankfully a Homefans experience is centred around this full experience, not just the game!

Bragging rights and precious points were at stake today and the pre-game literally started with a bang. Joining Andres and his supporters group, we watched the atmosphere build in the streets around the stadium, enjoying a beer as bangers and fireworks were set off all around us. The drinks flowed, music was playing and chants increased in frequency and volume, each more so than the last.

Entering the stadium we didn’t get far, being located in the north stand we were near the most passionate Independiente fans, who were partying in the concourse. Pushing our way through the mosh pit and passed the band, we slipped into the stadium and were met with a wall of blue and red, noise and ticker tape like you couldn’t imagine! And not to mention, the opposite end of the stadium which was almost a mirror image of the chaos around us, except that end was a mosaic of Nacional green and white. 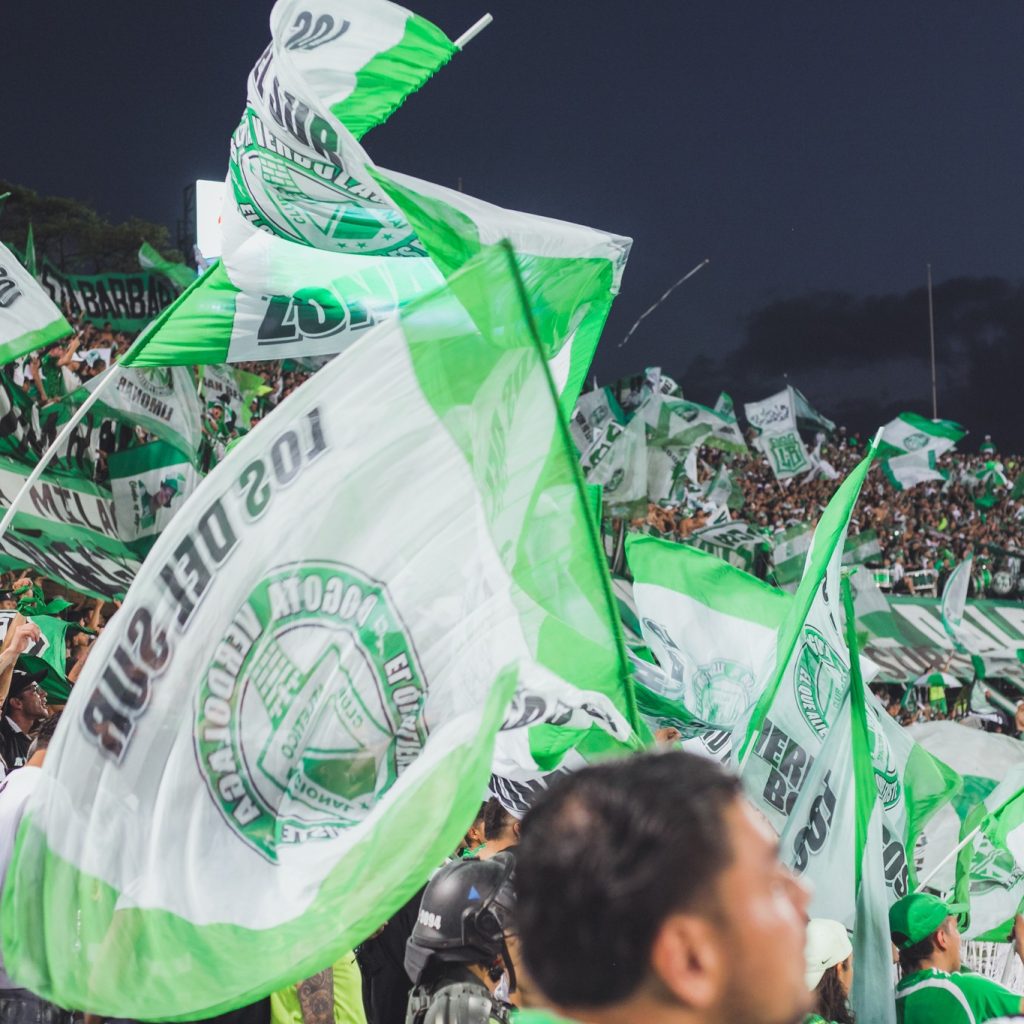 A thick plume of blue and red smoke greeted the teams as they made their way out onto the pitch, and the sound went up even more. The game kicked off, and things couldn’t have got off to a better start, as after only a few seconds Independiente took the lead from a glancing header – unleashing mayhem in our section. Even more ticker tape streamed down, as the fans rushed forward towards the pitch. Independiente strolled into a comfortable 4-1 lead at half time and we all thought the game was over, but one thing which amazed me was that as every Independiente goal went in, the Nacional fans did not stop singing and waving their flags, the passion and support was incredible from both sets of supporters.

The second half was just as exciting, albeit with less goals, Nacional pulled it back to 4-3 and were denied a draw by an amazing injury time save from a point blank header. Independiente hung on for the victory, valuable points and of course the bragging rights. The players came down to the North Stand where they were serenaded by the blue and red army!

Thanks to Homefans, Andres and his team for an amazing experience! I can’t wait to go back again.” 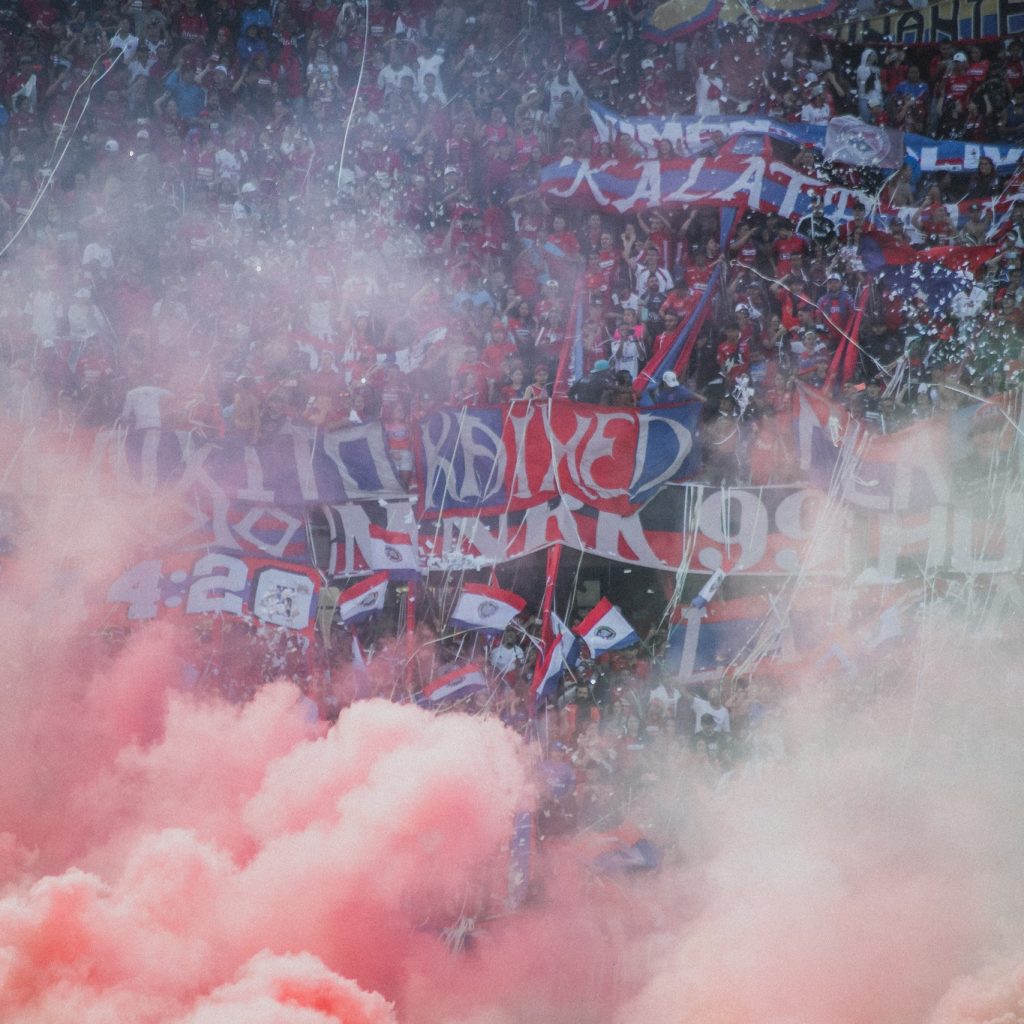