Diego Armando Maradona, considered one of the best football players of all time, grew up in Buenos Aires and spent his formative footballing years playing in two clubs in the capital, the almighty Boca Juniors and where he began, Argentinos Juniors.

In this exclusive and authentic Homefans Diego Maradona tour,  you will learn everything about his life in Buenos Aires and follow his footsteps. Travellers will have a special visit to “La Casa de D10S”, Maradona’s first house at La Paternal, bought by the club to his family after his first professional contract with Argentinos Juniors in 1976.

Once we finished our part of the tour in this unique place, we will walk to Argentinos Jrs  ground: Estadio Diego Armando Maradona. Here we will stop on every mural inspired in Diego’s life to learn more about the legend, the myth, the Golden Boy of La Paternal.

After visiting the stadium and its murals, we will head to the last stop of our tour: La Boca and La Bombonera!

No Homefans tour would be complete without a visit to the mythical stadium where Maradona played at the beginning and the end of his carrer when he retired in 1997. Besides La Bombonera we will walk through La Boca, Boca Juniors neighbourhood, to grab a bite, have a drink but also to visit the stores and shops dedicated to one of the most passionate teams in world. 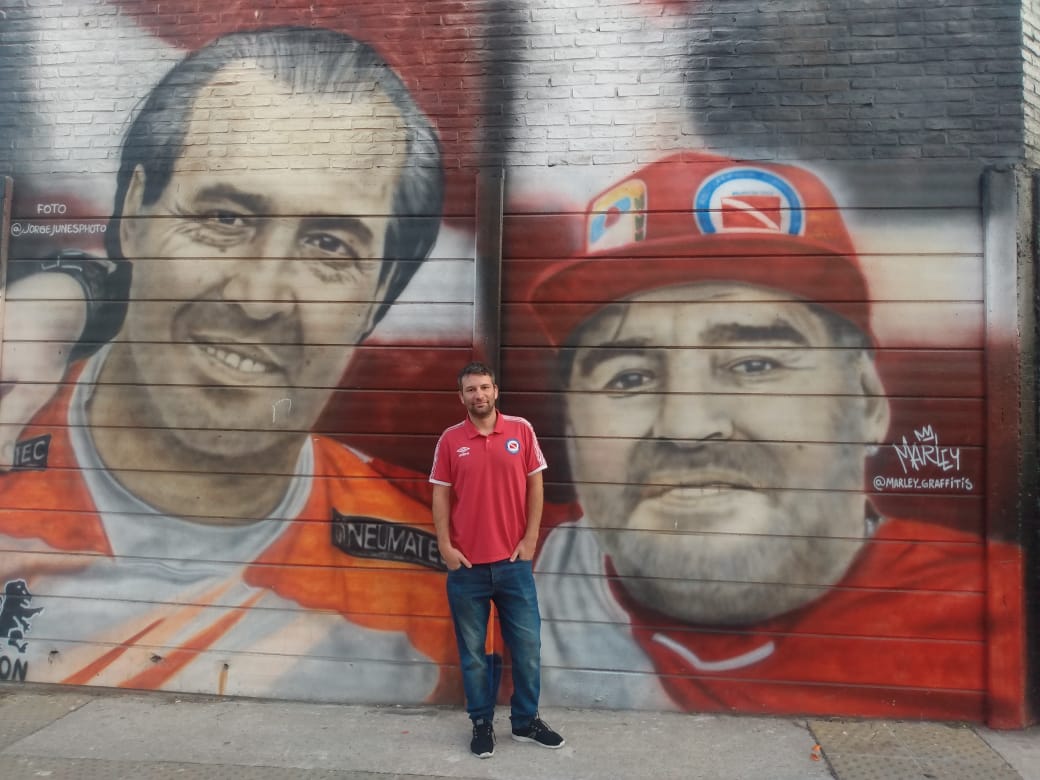 I went on this tour in 2019 with Homefans and I had a great time learning more about Diego Maradonna's influence and history in Buenos Aires. Argentinos Juniors' museum is amazing, so authentic with many highlights of Maradona's time at Argentinos. The guide from Argentinos Juniors was very passionate and it was great that he knew Maradonna's from a young age to hear stories around about his young days and his debut for Argentinos. All in all, a great experience!