Fans are starting to see Sweden for what it really is – one of Europe’s most explosive football cultures. Stockholm is the epicentre of this. And when the city’s biggest clubs collide, things escalate to a level rarely seen on European shores.

The derby between Hammarby v Djurgärden has escalated to insane levels over the last few years. The fixture between Djurgårdens IF and Hammarby IF is a local derby in Stockholm. This intense football rivalry traces its origin back to the later half of the 1910s but did not reach relevance until the 1950s and 60s.

There is a certain social aspect in the Hammarby – Djurgården rivalry. Hammarby consider Södermalm, the southern, originally working-class, district of Stockholm City Centre where the club was founded, as well as the boroughs just south of said district, their heartland. Djurgården counts Östermalm, the affluent district that forms the eastern part of the city centre, and where their former home ground Stadion is situated, as their stronghold.

In 2013, both Djurgården and Hammarby moved into the newly built Tele2 Arena, just south of the city centre. This increased tensions significantly between the two sets of fans. Experience this derby the local way in Sweden and witness why this derby has become one of Europe’s biggest derbies of the years. Get ready for an unreal football experience.

Hammarby and AIK are two of Scandinavia’s biggest and best-supported clubs. But this is more than a sporting rivalry. It’s territorial too. Hammarby see the southern portion of Stockholm as their heartland. While AIK command vast support in the city’s northeast.

So what can you expect when they clash? Well, there’ll be a sell-out crowd of around 40,000 for starters. There’ll be smoke and pyro a plenty. And there will be times you can’t hear yourself think. To put it bluntly, you’ll witness something you never thought Swedish football would or could deliver. It’s that good.

Your weekend will be led by a local Hammarby fan. He will take you to right to the core of Stockholm’s football scene. Making you feel completely at home and giving you the chance to eat, drink, sing, and experience Swedish football like a local.

Your tour includes match tickets and accommodation. The secret’s starting to get out. But you can witness Stockholm’s derby while it’s still raw and completely authentic.

Homefans and their local hosts are now taking bookings for the Stockholm Derby – for the below dates:

You can secure your place with a 30% deposit and should circumstances change this becomes credit for any future trip.

Are you ready for your football weekend? Then here it is: experience a match of Hammarby IF the local way. Today we will meet you at your accommodation in Stockholm. You'll be staying in a 3* apartment during your time in Stockholm.

Here you can enjoy some time to chill out and drop your luggage to enjoy the city at its best. In the evening we meet the group; we will enjoy some drinks to get to know your fellow travelers a little better and have fun at our pub night in the city center. After that, we may go out and party in Stockholm.

MATCHDAY! Today is the day. You'll experience the derby between Hammarby against Djurgärden.

Be prepared for an unforgettable football experience, one of Swedish biggest derby's of the season is here. A derby that should be on your bucket list as its one of the biggest Scandinavian derbies.

On your last day, you can use your free time to explore some of the beautiful parts of the Swedish capital. Enjoy the breakfast, recover from the hangovers and make the most of your last day in Sweden. Without a doubt, this weekend will again be one with unforgettable memories!

Stockholm. what a weekend!

After months in the making, the trip delivered everything and more than what I expected, it was the complete weekend. The organisation from start to finish really was first class. I didn't expect to feel so welcome in a foreign country, especially from another club. The game wasn't a classic, but will be one I never forget. It was one of the best cities and weekends I've had in Europe.

Had an incredible time in Stockholm

Had a incredible time in Stockholm worth every penny.

My 2nd trip with Homefans and Luke was on both trips! Absolutely loved every minute of it. Great atmosphere, met some very welcoming Hammarby fans and the trip was very well organised on the whole. Looking forward to the next trip to Hammarby already!

My first time that I booked via Homefans was Hammarby against Djurgarden. What a great experience was this! Straight after this trip we booked the Prague derby hosted by Michal!

I travelled a few times to Sweden to join this tour with Homefans. I enjoyed every minute of those trips and the locals have been very welcome. A must for your list!

I went with 2 friends to the Stockholm derby via Homefans and it was great. The main reason to travel with them is for me is that you meet local people en see local hot spots. In Sweden it was no different as we felt welcome and had a great time there!

Joined a few trips to Stockholm with Homefans for the derby. Great trips and people, the people are very friendly and the derby is great to experience. A must see for anyone! 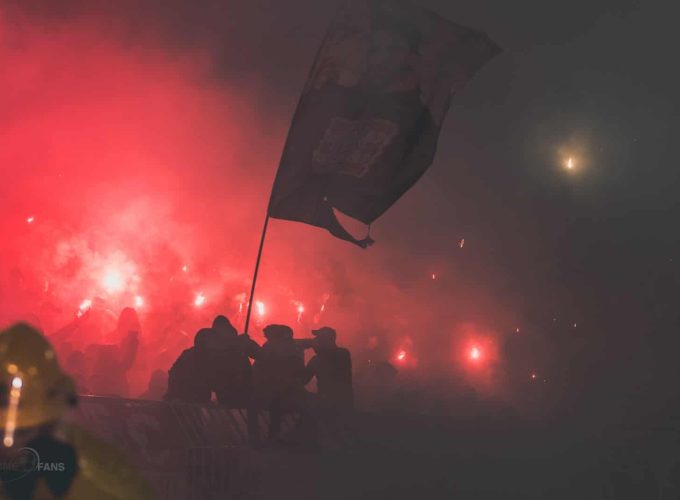