Join us in Lisbon and experience a passionate derby in one of Europe’s finest cities.

Lisbon is home to stunning views, wonderful city streets, and an infinite number of charming bars and restaurants. So far, so good. But it gets even better for football fans.

Because Portugal’s capital city also has an unmistakable passion for the game.  With two massive clubs and one hell of a derby.

Benfica are the biggest club in town – with over five million fans across Portugal and an honours list other clubs can only dream of.

But although the men from Estadio da Luz have the most fans – they certainly don’t have everything their own way. And just a mile across town, you have Sporting Lisbon.

A massive club in their own right, who are famous for their fiery ultras and for giving us players like Luis Figo and Cristiano Ronaldo.

Lisbon’s passion for football is endless. And over 100 years of bad blood between its clubs fuels debate in newspapers, bars, and stadiums.

On your visit to the Derbi de Lisboa, you’ll see the best of the city before hitting the best pre-match spots with Sporting fans. All before seeing the action unfold at the Jose Alvalade Stadium. There will be passion. There will be flares. And you’ll love every second of it. Are you joining?

Early bird spots are now available for this trip. Secure your spot now with a flexible deposit and pay the remaining balance in two installments. There are 4 spots left.

This weekend in Lisbon is dedicated to the people who love football culture. Which means great atmospheres, cheap and delicious food, good local beers, and endless fun!

Today, we'll welcome you and check you in to your hotel. To start the weekend in good shape, our host Pedro will take you to an incredible Portuguese Tasca (a traditional restaurant), with plenty of great food and drinks.

After that, we can extend the night and go to some of the best bars in town at Cais do Sodré. And if you're feeling brave, head to the riverfront nightclubs and party until the sun rises! You can count on us for any of the plans!


It's time to experience one of the biggest Portuguese derbies!

First, we will go to the other side and enjoy an exclusive stadium tour at SL Benfica - Sporting Lisbon rivals for today's match.

Here's you'll learn about the history of Estádio da Luz, see the pitch, dressing room, press area, museum, and even the famous Eagle "Victoria" that flies over the stadium before every match!

After that, our local host will start preparing you to support Sporting in the derby. Because it's time to get your scarves, take the subway, and go to the bars around the stadium for an amazing pre-match experience with Sporting fans.

Here you'll find yourself right in the middle of crazy ultras, flags, pyros and hundreds of the famous roulottes. In a place where Sporting fans get together to drink tonnes of beer as they wait for the team bus to turn up.

This feeling continues throughout the match - as the Sporting Ultras create one hell of an atmosphere at the Alvalade stadium.

After the game, you can take some time to chill and recover. Or join us for another group dinner and some drinks.

After an intense weekend in Lison, it's time to go our separate ways. We hope you'll leave Lisbon with unforgeable memories and plenty of stories to tell your friends. And look forward to seeing you again soon!

I'm going to try keep this concise. Lisbon is a BEAUTIFUL city with a lovely charm and a relaxed vibe which was great to be part of. My local host/guide, Ricardo, was a brilliant host and person who guided us to multiple lovely places for my group to see and enjoy. My hotel (Lisbon City Hotel) was at a great location at Intendente which gets lively at night with an outdoor DJ/performer where drinks are flowing and it has many restaurants and shops nearby. Whilst the action on the pitch was disappointing in the Lisbon derby, I loved the atmosphere and being at a wonderful stadium of Sporting's, along with Benfica's for the stadium tour. I look forward to my next trip with Homefans. 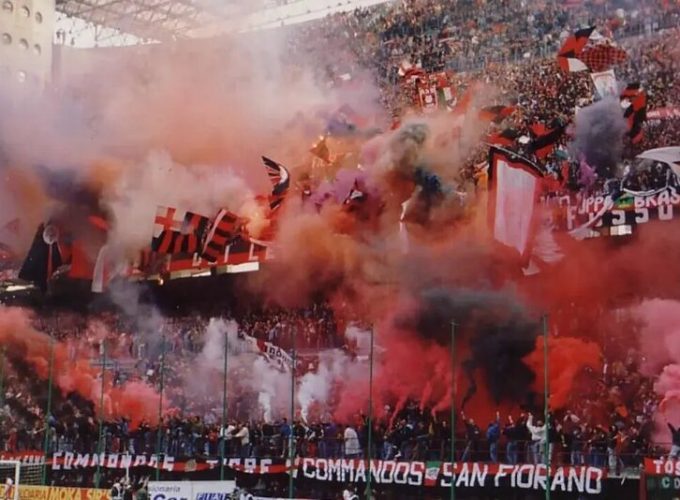