It is still three hours before kick-off, but there was already a sea of River Plate fans washing all over the area. Now, this was not a build-up to just any game. River Plate looked to end a seven-year title drought in the Argentine first division. I was fortunate enough to be amongst the 70,000 hinchas through Homefans, alongside a guide who makes you experience the whole match day like a local.

After some beers, we headed for the stadium. I must confess already: there is something magical about walking through the tree-lined cobblestone streets of the Belgrano neighbourhood and out into Avenida Figueroa Alcorta towards the gladiatorial arena that is El Monumental.

Getting into the ground was a smooth process too, with the help of my local host, who told me everything there is to know about River Plate and football in Argentina. Following a ticket check and four different barriers to pass through, we arrived to the turnstile entrance flanked by people from all walks of life, yet united by wearing the club’s jersey with its traditional red sash over the white base. 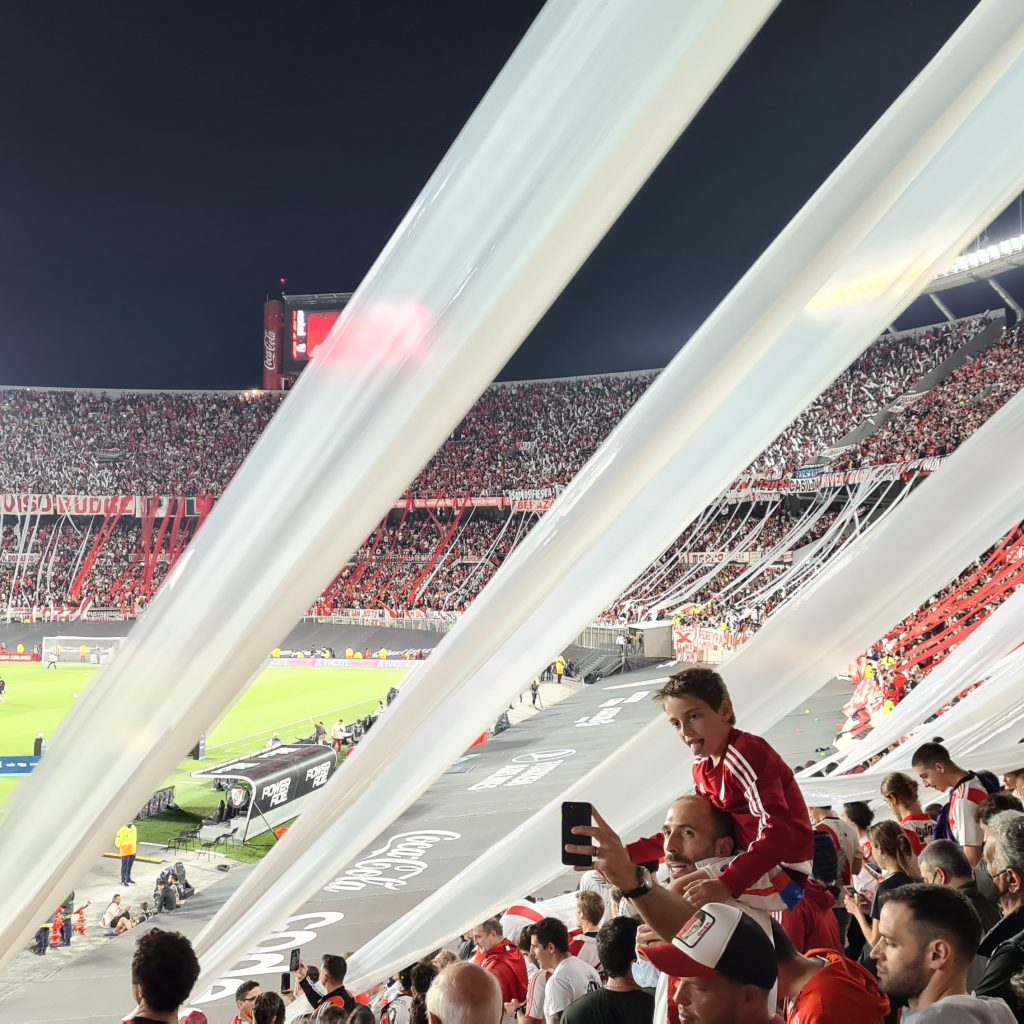 Few places in the world have football fans more passionate than those in Argentina. I was well aware of that even before arriving here. Still, the wall of sound inside the stadium was unlike anything I have ever experienced at a football match, and the players were not even out of their dressing rooms to warm up.

The atmosphere was electric. My seat was just some twenty rows up from the pitch. The ageing wooden benches in the Platea San Martin only adding to the authentic look and feel of the stadium.

River Plate dominated the match from start to finish, trashing Racing Club (4-0) to win their first domestic league title under Marcelo Gallardo, who has already collected a dozen of major trophies as manager of Los Millonarios.

The outpouring of emotion that greeted the final whistle was sensational. A topless guy to my left, with an enormous Copa Libertadores tattoo on his back, embraced me to hug and fireworks started to light up the sky.

It was that kind of night, and I loved every single second of it – a true testament of what my guide was talking about only a couple of hours ago.

After all the celebrations inside the stadium, I decided to head home. The championship win had sent even more River Plate fans onto the streets, with people loudly cheering and high-fiving each other. It capped off an unforgettable day out in football-mad Buenos Aires. Find out about River Plate Matchday experiences here.

Written by Jeroen A.