My experience at the weekend of all derbies with Homefans & Copa90

I first heard about the craziness of Argentina’s football fans from watching COPA90 on YouTube. This led me down a worm hole of countless more videos of these incedible hinchas. Despite not being able to speak a word of Spanish, I was still completely enticed by the passion and noise of the fans, just through a screen. Once I heard about COPA90’s trip with Homefans, I knew where I needed to be.

We arrived to Buenos Aires on the Friday, and were immediately greeted by our Homefans hosts, Alvaro, Valentin and Jeroen. We also met Eli, the host of COPA90’s Derby days series, and they had a bunch of retro shirts for us to choose form – a nice gift. Inspired by the YouTube videos, I went for the 1985 San Lorenzo jersey – the team top of my list.

After a night of choripan and drinks, it was time for our first day of action. My San Lorenzo were hosting Huracan in the early kick-off, and our host Fabio got us there in good time to take in the amazing neighbourhood around El Nuevo Gasómetro. He told us everything about the murals and culture of the club, and taught us songs to help cheer on the Azulgrana. Despite a 0-0 draw on the pitch, the flood of streamers, confetti and smoke grenades from the Hinchida Militantes made it the loudest crowd I have ever heard. Next was the Clásico de Avellaneda. Our host Nacho met us for some more amazing food outside the Estadio Libertadores, where even then we were surrounded by a parade of banners, bands and flares. Inside, emerging from the concourse into the noise and smell of fireworks was something I’ll never forget, with everyone around me singing their heart out to cheer on El Rojo. Racing may have came away 2-1 winners, but it was a night I’ll never forget.

What actually surprised at this game was the number of female fans there – around 40% of the crowd, and something you would never see in the UK. I think this shows just how much football means to each and every person, in Buenos Aires. 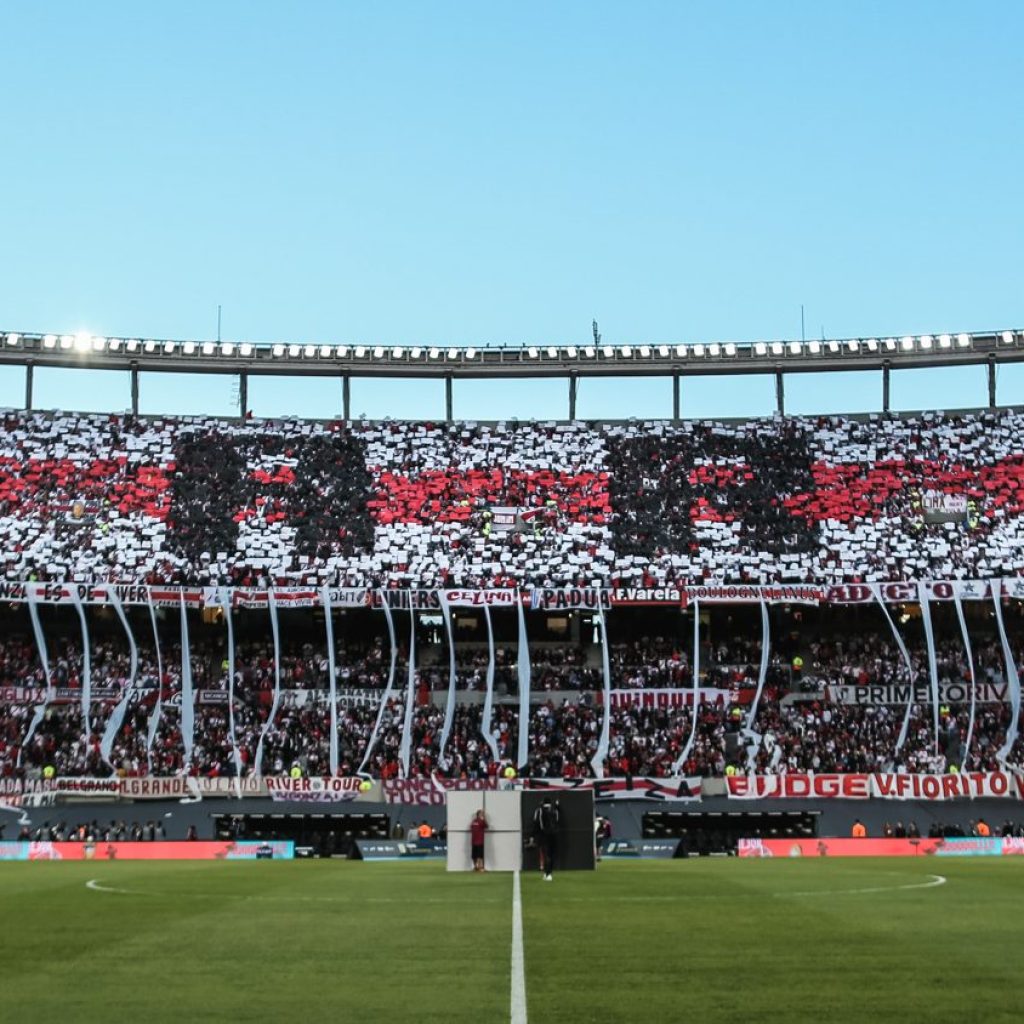 Sunday was the day we had been waiting for – the Superclásico, at El Monumental. To get us in the spirit of things, we had a tour of La Boca planned first. Our hosts Ignacio and Ramiro led the way, showing us the famous murals and the iconic Bombonera stadium, before we headed north to the home of their arch-rivals. It was impossible to escape the excitement, even on our coach, as we passed numerous street parties and every bus we passed seemed absolutely crazy.

Once we arrived, there was a carnival atmosphere around the streets of Núñez. Every man, woman and dog was caped in red and white, and inside the famous stadium, you get a sense of why it is called El Monumental.

Every seat – a traditional metal bench – was filled, as one of the most mental atmospheres in world football really began to take shape. The noise was indescribable, and the colours mesmerising. Fireworks were set off as a giant CARP tifo welcomed the players on to the pitch, and flares burned throughout the entire 90 minutes.

On the pitch, it was a shock result, as Boca picked up their first win at the stadium since 2016. But nothing would silence those River fans, and they gave everything they had to push their team on.

Our final day was a lot more relaxed, and was well needed after the madness we had experienced in the two days beforehand. A bike tour of the city was organised, and it was finally safe to wear the Boca jersey that I had picked up at their club store. We stopped for a game of five-a-side in La Boca, surrounded by giant murals of Carlos Tevez, Riquelme and, of course, Diego Maradona. Whilst we may not have done these greats much justice with our ability, it was great to get a flavour of how these legends grew up playing, in their local barrios.

But there was still time for one more game – Argentinos Juniors v Velez Sarsfield. A smaller club with plenty of passion, this stadium is a shrine to Maradona. The team that gave him his professional debut, the club loves him like he’s their founder, and even named the ground after him.

There is a lifelong-family feel from the fans, but they still made plenty of noise and were, fortunately for El Bicho, the only team we seen that recorded a home victory. With it being such a compact stadium, we got to experience the post-match celebrations with the players – the perfect end to our trip.

I really do thank Homefans and the COPA90 guys for making the whole Argentina trip possible, and the rest of the group for being so friendly. I’ve made memories and friends for life, from the perfect mix of places. Here’s to Berlin with Homefans next season, to see my beloved Hertha!

Got a story or adventure that could inspire a traveller like you? Tag @homefans on social or email contact@homefans.net to be featured.