The Berlin Derby brings together football, politics and history in a once-divided city. In the western side, the rich “Old Lady” Hertha Berlin. In the east, the working-class Union Berlin.

According to former Hertha head coach Ante Covic, the club is “a club for the whole of Berlin, which you can see in the fact that we train in all 12 districts of Berlin”. That is in contrast to Union’s fan base in the neighbourhood of Köpenick, which has traditionally been made up of working-class supporters. While social differences may have played a part in the relationship becoming frosty, this rivalry runs much deeper. There are also underlying historical and political facets that make this fixture so special beyond a simple local derby. It can best be defined, however, as a friendship founded on solidarity that has developed into a rivalry worthy of the nation’s capital.

In the two last games, ultras football culture was on. Flares thrown on the pitch, Union supporters invaded the playing surface to confront Hertha’s players and Union’s trying and talk their own fans down.

When you experience the Berlin Derby with Homefans you will enjoy a memorable, connected and enjoyable tour.  Join a small group of like-minded sports fans for 3 days in Berlin; the match ticket, accommodation and a stadium tour are all included.  During your free time, a local Berlin host will help you enjoy the city like a local.

There are 4 spots left for this derby weekend. Secure your spot now with a flexible deposit today and pay the remaining amount in two installments.

Today is all about getting together. As you meet the group and your local trip manager.

You'll start by getting a feel for the city of Berlin and it's football club.

With an exciting stadium tour that gives you a behind the scenes look at one of the greatest football arenas on earth. And of course, gets you crazily excited to see it filled with Berlin supporters the next day!

Before you know it, you'll find yourself surrounded 75,000 fans in a packed stadium, feeling the earthquake caused by every single one of them jumping like crazy at the same time.

Your weekend at the Berlin Derby is over, but the adventure has only just begun. Be sure to exchange contacts with your new friends and take some time to reflect on what you've experienced. Your next Homefans adventure might not be far away!

What a fantastic unforgettable experience that was. A lasting memory. Great service from Home fans in that all my concerns were answered via emails leading up to the game. Stadium tour and match day tickets were emailed on time. Everything ran smoothly. We travelled using the local S-Bahn train to the Olympiastadion which was an experience iin itself with both sets of supporters using the same train. Hey wow! All in all, a fantastic adventure. Well worth the money for memories to last a lifetime. Thank you. 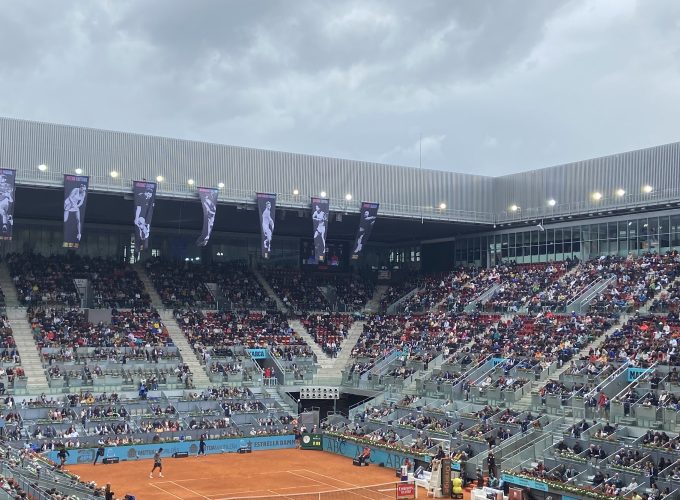