If you really think Berlin is not a footballing city: hop on metro line U2, get off at the Olympiastadion and have a long, hard think. This cathedral of football in the German capital does not exactly have a beautiful history, for it was Adolf Hitler who ordered for the stadium to be built ahead of the 1936 Olympics. Jesse Owens was responsible for the ground’s first highlight. The black American athlete won four gold medals right in front of the racist Nazi members.

In 1963, when the Bundesliga started, Hertha BSC moved into the stadium, which has been thoroughly renovated twice since. Both times, the efforts were made to allow World Cup football to be played at the venue. In this ground that Italy emerged victorious in the 2006 edition of the world’s biggest football final. On a more regular basis, namely each year, the Olympiastadion is also host to the final of the DFB-Pokal, the German Cup.

Hertha Berlin, one of the oldest clubs in Berlin (nicknamed “The Old Lady”) and one of the founding members of the German Football Association and won their first German championship in 1930. Fun tip: Following the fall of the Berlin Wall, the club proved itself popular with East Germans. Hertha actually founded the Bundesliga in 1963, and it served as the league’s champion at the time. This was short-lived, however, because the club had been caught bribing players from East Berlin to join their ranks, something that was strictly forbidden at the time.

“Ha-ho-he Hertha BSC!” as the saying goes, is the customary chant of Hertha Berlin’s fans. On game day, these impassioned rabble-rousers are known to cheer on their team with more vehemence than any other fan base in the league.

In this matchday experience, you will meet an English Speaking Homefans Local Host Karla Curvelo, who will take you to the best bars where Hertha Berlin fans get together before the matches. Take some time to talk to local supporters, and of course, drink tons of beer and eat a traditional Bratwurst.

Then, you will walk around the stadium, where Karla will explain the history of the club and the German football culture. After that, we go to the fan shop if you wish to buy souvenirs and jerseys from the club and suit up for the match. Around 30 minutes before the game, you will be escorted safely to your seats and enjoy 90 minutes of good football!

After the match, our local host will assist to get the subway back home and say goodbye to the entire group! 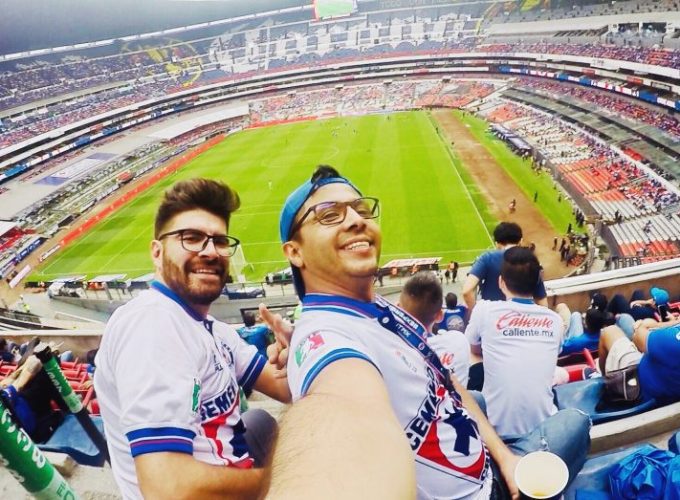