Would you like to discover the history of CA Huracán? Join the club and host Sofia on this incredible tour .

Have you ever been to a stadium awarded with an oscar? Discover one of the most beautiful stadia in South America online from your seat. Club Atlético Huracán was founded in 1908 and quickly became one of the most traditional teams in Buenos Aires, with a vast identity with its quarter, Parque Patricios. Deep roots in the Argentine football history, Huracán represents part of the glorious past of the national football, with an excellent taste to play the ball and massive support on the stands. It is called ‘El Globo’ (balloon) due to its crest, a very unusual icon for a football badge, isn’t it?

Absorb the rich history of Huracán, and you will never forget your experience at the Estadio Tomás Ducó. Taste the underground Argentine football scene and feel like Jorge Newbery. 5-times National champions, one Copa Argentina and Supercopa Argentina, with a big tradition playing international competitions, the past of Huracán is about struggling against the most prominent teams, giving a unique identity to the club.

‘The secret in their eyes’ received the Academy Award for Best Foreign Language Film in 2009. In one of the most iconic scenes of the film, Huracán is playing a home game against Racing Club, and a VFX breakdown sequence from the pitch to the stands boosts the movie to the ‘legendary’ category. There’s a lot of history behind it.

In their tour, Sofia and CA Huracán will share some of the greatest stories about the club for you. Book your tour today…. 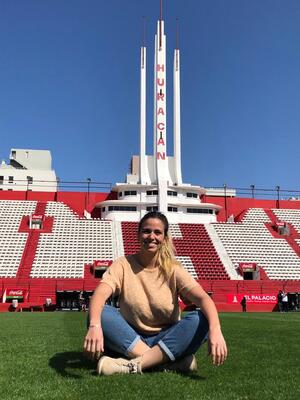 A great option to know more about Huracán Club and meet new people interesting in Football around the world. An excellent explanation about the history and how the club is called one of the big six of Argentina. Thanks

Great Host, learnt and saw loads. Very informative with questions and clearly passionate about the Club. Enjoyed this a lot.

This was my first virtual tour with Homefans, and I was amazed at just how immersive it felt – the host Sofia talked passionately and at length about her beloved Huracán, regaling tales of past heroes and famous fans (including Ringo the Boxer, a former opponent of Muhammad Ali, whose statue can be seen sitting in the stands, puckering up to the opposition). There was also a really touching tribute to Diego Maradona, with his 'throne' taking pride of place within the stadium. The tour made me yearn for adventures of my own, with Buenos Aires now firmly at the top of my list.

A Hidden gem of a club. Great tour.

I have to admit, before the tour I hadn't heard much of CA Huracán compared to some of the other clubs in Argentina so I was really surprised by the tour on Sunday. Sophia gave a great tour, starting outside the ground talking about the area and the murals. Moving up to the stadium, it was plain to see this was a hidden gem of a stadium. It's design was class both inside and out and the view from pitch side was really cool. Was class seeing the Maradona seat inside and the dressing rooms and then to see the far side of the pitch from the stadium beside the statue Ringo was brilliant. Definitely will keep an eye out for CA Huracan again. Sounds like a great club. Thanks!

The tour was very informative and well presented. We were shown the local area around the stadium and learned about the history of the club. The highlight was the incredible view from the pitch where you could see the stadium from the footballer's point of view. Overall a great experience!

I did the virtual tour. Great way to see iconic stadiums in COVID-time. The host was excellent and the stadium awesome!

I really enjoyed this online tour. It was nice to get an inside look at the history and stadium of CA Harucan. In the future, I hope to attend a live game here

A great experience ! Try it!

I am an avid soccer fan and this was my first virtual tour. It is the perfect gift for any soccer fan. I absolutely loved it. I Did not know much about Huracan before this tour but it instantly made me want to learn more about the club and hopefully go see a game one day. Not only did we visit the stadium from the locker rooms to the pitch and the stand. We learnt about the culture of the club in the city and about great figures like Maradona, Pele and Messi who all played in this stadium. Thank you to Sofi and all the Huracan fans who shared their stories with the club.

I had never done this kind of virtual tour before and I must say that it was an incredible experience. I really enjoyed listening to Sofi talking about Huracán, the stadium and the surrounding graffiti. Thanks!

Sofia is an excellent host and she showed us the exterior and interior of the Tomás A. Ducó stadium with its historical hits. It was amazing when we stepped on the grass of the field. It was amazing visiting Argentina´s stadiums.

Great tour from Huracán on Saturday. I enjoyed the live tour and Sofi was an excellent host. Thank you Huracan!

A proper tour for a proper club!

Being a local and having been many times to El Palacio, I have to say this was an impressive tour in which I got to see details I haven't seen before and hear stories I didn't know. Sofi was a great host. It was evident she knows the history of the club and she loves Huracan. She was informative, clear and also very funny at times! I've really enjoyed this experience and what a comeback win in the first home match after the tour!

Amazing dive into the CA Huracan world. I fully enjoyed it, especially the street art in the surroundings of the stadium. Quality in-depth information given by Sofia about history and local culture revolving around this beauty of a stadium !

Really enjoyed this online tour Great information and was just like being there in person.

This was a magnificent tour. Not only did I feel instantly transported into the beautiful stadium, but it was something way beyond a guided tour of a ground. We got to know what Huracán means to their members, we had an insight in the surrounding neighbourhood, a glimpse of history, the historical anecdotes and events that have built this club around its community. Sofia was a charismatic and brilliant guide. Well done to everyone involved!

I joined the Huracán virtual tour last weekend and really enjoyed it. I have seen everything around and inside the stadium, and Sofia was a great host! I would definitely recommend this tour to anyone who wants to see the great stadium of Huracan. Will become a club member too!

I joined the virtual tour of Huracán in their stadium and I really enjoyed it. Sofia was an amazing host and I really loved the stadium and neighborhood tour from the club. When the pandemic is over, I'll definitely travel to Buenos Aires to visit CA Huracán again. One of the most beautiful stadiums in the world, thanks Huracán and Sofia!

Feels like a real travel during Covid-19, great job Homefans!

Thanks for making me feel like I was travelling to a distant country, even though it's a pandemic time. Loved the firsthand insight! The guide was amazing, it really felt like I was there. The tour programme was very interesting and gave me a behind the scenes impression of the club.

Thank you Sofia for taking the tour. Really enjoyed this, thank you. 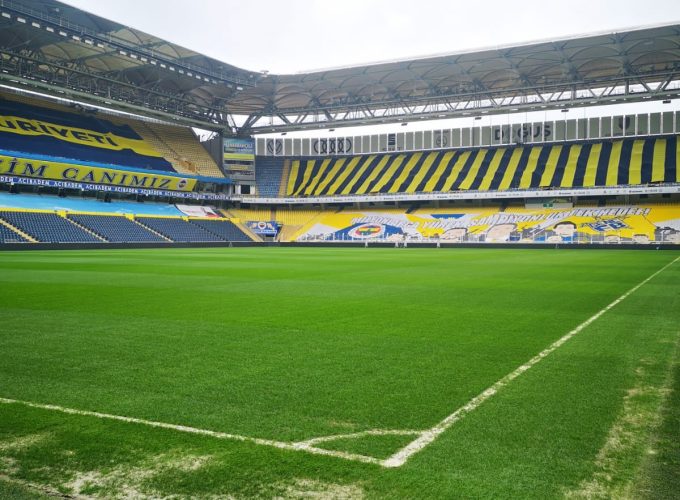 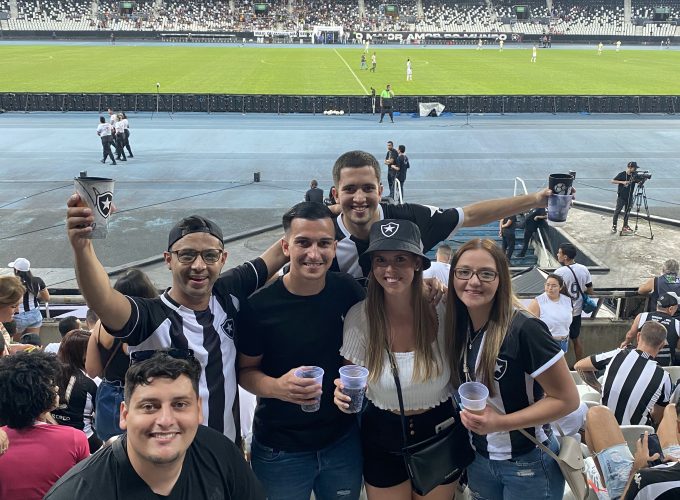