During this 50-minute guided tour of the Azteca Stadium, I will take you to see the mythical colossus of Santa Ursula in which we will learn about the history of this emblematic stadium through all the commemorative plaques found in this property.

We will also visit the dressing rooms of the players of the Mexican national Team and the Águilas of Club América, the stands and the press room, as well as the entrance tunnel of the teams and best of all, the unique opportunity to be at level court where Maradona made his legendary “Hand of God” and the “Goal of the Century” at the 1986 World Cup and where countless historical events have taken place ranging from great league games, memorable world cup games, boxing fights, rock concerts, NFL football games, film and television filming, to a mass of the Dad

We can also take some photos in the technical area and sitting on the bench of the local team.

When we leave the stadium we will take a close look at the murals and graffittis on the walls surrounding the Azteca. 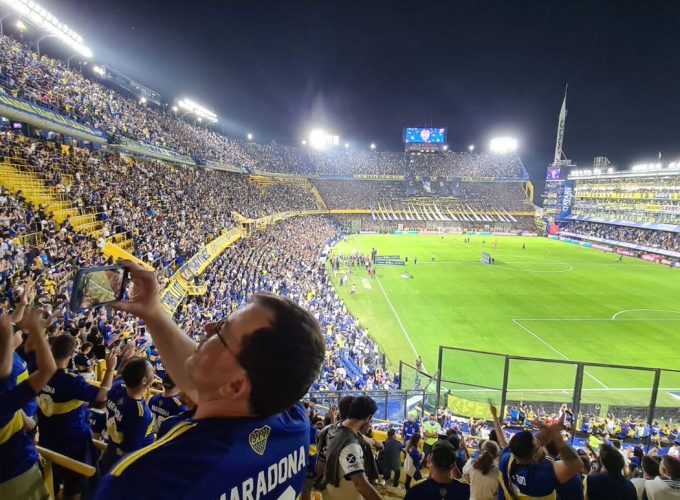